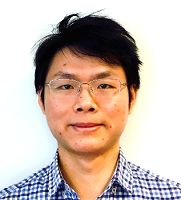 In recent years, metal oxide electronics has attracted more and more attention in research, mainly thanks to their potential lower cost and the possibility they offer to develop transparent electronics. There are several potential applications concerned with metal oxides including photovoltaics, thin film transistors and photo-electrochemistry. There are several n-type metal oxides with excellent electronic properties being well developed, such as Al doped zinc oxide. But the fabrication of devices fully made with metal oxides is largely impeded by the poor electronic properties of the p-type oxides so far studied. Therefore, there is the need for developing p-type metal oxide semiconducting materials with better electrical properties.

Among several families of p-type metal oxides, copper based p-type metal oxides have a great potential due to the abundance of copper, its low toxicity and the possibility to process copper oxides by chemical approaches. As an example, for photovoltaic applications, Cu2O based solar could reach a maximum theoretical efficiency 20%. But the maximum efficiency reported so far is merely about 6 %. Pure Cu2O is a semi-transparent p-type material with direct bandgap of about 2.1 eV. The electronic properties of Cu2O can vary a lot, heavily depending on the synthesis techniques used. The low quality of Cu2O thin films is one of the major reasons responsible for low device performance. Cu2O layers with the best electrical properties have been synthesized through thermal oxidation at temperatures above 1000 °C, an approach having thermal budget too high for industrial application. Thus, optimization of the quality of Cu2O via more viable and low cost synthesis techniques is needed. Besides the interests on optimization of pure phase Cu2O, developing new copper based compounds as thin films with better electrical properties is also fascinating. Currently, there are several ternary Cu based p-type oxides reported, including CuAlO2, SrCuO2, CuCrO2, with promising properties but still lagging behind n-type oxides in terms of performance. Recently, AgCuO2 has drawn much attention from researchers since it presents high conductivity values. AgCuO2 is a p-type oxide with delafossite crystal structure and has theoretically been predicted to have a small bandgap, about 1 eV. Although until now a suitable low-cost technique has not been reported yet for the deposition of AgCuO2 thin films, while it presents great potential in photovoltaics and also for thin film transistors. Therefore, in order to confirm the optical and electrical properties predicted and for further device fabrication, finding a suitable and low-cost technique for the deposition of high quality AgCuO2 coating would be of high interest.

In this thesis, the optimization of pure Cu2O thin film deposition was conducted using Aerosol Assisted MOCVD (AA-MOCVD). As a result, homogenous Cu2O films were deposited at low temperature (about 335 °C) without detectable amount of carbon contamination with high crystallinity. In addition, by incorporation of humidity during the deposition, particle size and the orientation of the Cu2O films could be tuned, thus Cu2O films with (111) textured large grain sizes (> 300 nm) were achieved. For optimized Cu2O films, the mobility can reach a maximum of 15 cm2/V.s with carrier concentration in the order of 1015 cm-3. Lastly, an excellent diode behaviour was observed by combining the optimized Cu2O films with ZnO, obtaining an on-off ratio exceeding 104.

Besides the Cu2O optimization, the deposition of AgCuO2 by MOCVD was also tackled. In order to do so, the deposition of silver and silver oxide thin films was previously optimized.  For that, two new silver precursors, namely, Ag(hfac)phenanthroline  and  Ag(hfac)triglyme were synthesized and fully characterized. High quality Ag coatings could be obtained with both precursors. Silver oxide films were obtained through electrochemical oxidation and oxygen plasma treatment of pre-deposited Ag coatings.

Due to the incompatibility between the thermal AgCuO2 stability window and the temperatures needed to deposit Ag and Cu compounds by CVD with the precursors used, the direct deposition of AgCuO2 could not be obtained. Thus, solution based thin film coating techniques were adopted for AgCuO2 film deposition. In particular, Successive Ionic Layer Adsorption and Reaction (SILAR) allowed the deposition of AgCuO2 thin films. Using a proper seed layer on glass, dense and continuous AgCuO2 films were coated, with minimum RMS value of 8 nm. The deposited AgCuO2 films had almost pure phase. The optical and transport properties of AgCuO2 thin films were thus carried out for the first time. Transmittance measurements confirmed the predicted low bandgap of AgCuO2 (1.2 eV), while by using the Tauc formula, we found that this material is more likely to have a direct bandgap, in agreement with published DFT calculations. Thanks to Hall Effect measurements, the deposited AgCuO2 films were confirmed to be p-type. The lowest resistivity achieved was 0.2 Ω.cm. In addition, those films had carrier density in the order of 1017 cm-3 and the best mobility achieved was 24 cm2/V.s. Comparing with the previously reported CuMO2 (M= Al, Cr, Ga etc) delafossite p-type compounds, this material has shown the lowest bandgap (appropriate for photovoltaic application) and rather high conductivity. The most interesting characteristic is that the general problem of low carrier mobility in those delafossite compounds has been solved in this AgCuO2, thanks to its mixed-valence electronic structure and charges delocalization. Thus, those unprecedented characterization results pave the way for using AgCuO2 films in functional devices.