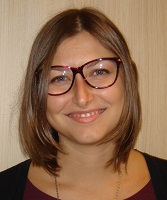 Metal-Organic Frameworks (MOFs) constitute a recent class of supramolecular materials composed of metallic centers self-assembled with organic linkers by yielding a crystalline porous hybrid material. They are characterized by versatile chemical and physical properties due to their compositional variety, inner surface area, and substantial volume, which provides impressive adsorption capabilities, ideal for adsorption-based applications. Given their hybrid nature, MOFs represent an essential component with several advantages for potential applications, as sensing, separation technologies, in medicine as drug delivery systems, as bioreactors or as catalysts.

MOFs are conventionally obtained as polycrystalline micro-powders with very low processability. However, their subsequent integration on surfaces is highly desired to make functional devices for a large variety of applications, i.e. membranes for water desalination, volatile organic compounds sensors, or organic field-effect transistors, to mention just a few. In this line, MOFs thin films are attractive systems for unprecedented technological developments as they can empower surfaces with enticing properties and advanced functionalities while minimizing the amount of material. However, an incomplete understanding of their growth mechanisms and poor structural control have limited their extended application into emerging products and existing markets. Until recently, MOF thin films have been obtained using approaches based on bulk synthesis (i.e. layer-by-layer methods by using self-assembled monolayers, spray coating, casting of MOF powders, and more). It is just in the last ten years that different techniques are being developed, leading to excellent spatiotemporal control of the building blocks and exceptional control over the thickness of the wanted films. These different techniques are liquid-based or gas-phase based approaches.

Among the gas-phase based approaches, the metal-organic frameworks chemical vapour deposition (MOF-CVD) is one of the most exploited approaches. It is a two-step approach where first a sacrificial layer of metal oxide is deposited on a substrate (i.e. by atomic layer deposition, chemical vapour deposition, etc.). Successively, this sacrificial layer is exposed to the vapour phase of the organic linker to obtain the conversion of the oxide into MOF films. This method has shown its versatility by being used to obtain different type of MOFs and it ensure a good control over the roughness of the wanted film. Furthermore, it is an attractive approach for different application for the absence of using solvents. In fact, their use may bring to the deterioration of some devices. Nonetheless, because it is a two-step approach, the time to form MOF thin-films is relatively long, thus, in a scale-up perspective it is aimed to have single step processing and in situ formation of MOF films. For this purpose, spatial atomic layer deposition is an appealing alternative for the production of MOF films.

Atmospheric Pressure Spatial Atomic Layer Deposition (AP-SALD) is a particular case of the well-known ALD technique. In both the cases, the thin film deposition is based on self-limiting chemical reactions between a gas precursors and a surface, which ensures the layer-by-layer growth of the films. As a result, sub-nanometric control over the thickness of the film and unique conformality, even the high-aspect-ratio of complex 3D structures is possible. Both the techniques represent very powerful tool to deposit films with a high aspect-to-ratio feature. The AP-SALD technique is based on the spatial separation of the single precursors while they are continuously injected.

AP-SALD is a fast approach, up to two orders of magnitude faster than conventional ALD, even when working in open-air. Because it is rapid and does not need vacuum processing, it is well suited for scaling-up processes (i.e. roll-to-roll method for the coating of textiles). Furthermore, without using any masks, it can be employed to diminish up to several µm (or mm) the fabrication of materials on the XY axes. Also, by proper system design and optimization, AP-SALD allows to have area-selective deposition (ASD) in a single step, avoiding lithography processing. This enables the user to have patterned deposited material in a relatively fast time (from a few second up to several minutes) in the so-called static deposition or in 3D printing of metal oxides thanks to XYZ tabletop system.

Consequently, in this work, AP-SALD has been used to achieve the formation of MOF thin films. First, it is shown that AP-SALD can be used to deposit a sacrificial layer and then to form a MOF film by exposing this layer to the organic precursor, as in MOF-CVD approach. In this part of the work, we show the versatility of this approach to obtain different MOF films, well established ones and never reported ones. Furthermore, we combine this approach with ASD to obtained patterned MOF films, even in complex system with ideally more than one type of MOF present on the substrate. The versatility into combining the ASD with the MOF-CVD approach to have different materials in the same device opens the door to obtain rather complex system for i.e. gas-sensing devices with high accuracy toward different volatile organic compounds. Then, the direct deposition of MOF thin films by SALD is explored. In this part of the work we show different trials performed to obtain the wanted MOFs by optimizing the deposition parameters and setup, and by post-deposition treatments. Finally, we show that when using small amounts of organic molecules during the AP-SALD deposition, they indeed allow tuning the texture and the growth of the obtained films.