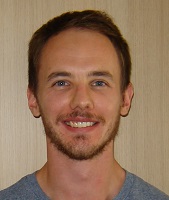 During the production, purification, storage, transportation and delivery of monoclonal antibodies (mAbs), the stability of the drug is challenged in many ways, particularly by its exposure to diverse interfaces to which it can adsorb. Pharmaceutical industries address protein adsorption and aggregation issues during drug formulation optimization by adding surface-active excipients, such as polysorbate 80, polysorbate 20 and poloxamer. However, the precise mechanism(s) by which surfactants stabilize therapeutic proteins at interfaces is not well understood. There is a need to better understand adsorption of proteins and surfactants at interfaces and provide new screening methods to assess material compatibility of early drug candidates.

During my thesis, I have optimized an experimental Surface Plasmon Resonance imaging (SPRi)-based protocol to determine apparent adsorption rate constants of biomedically relevant molecules on bare surfaces in order to predict a drug/surface compatibility. We showed that mAbs have apparent adsorption rate constants for a model hydrophobic surface that are three orders of magnitude faster than the ones measured for commonly used polysorbates and poloxamer. We also showed, following the desorption kinetics of 3 different surfactants frequently used in pharmaceutical formulations, that, for Polysorbate 80 and 20, the desorption dynamic depends on surface occupancy whereas this is not the case for poloxamer.

These results demonstrate that it is necessary to consider the material in formulation optimization. The protective role of surfactants is not by simple kinetic competition with the mAb on a hydrophobic surface and the nature of materials seems to play an important role. This thesis shows the importance of the material surface in drug stability.