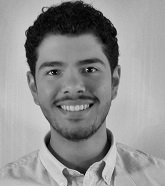 Controlling the physical properties of ZnO nanowires grown by chemical bath deposition (CBD) is a crucial issue for their use as building blocks in piezoelectric nanogenerators and pressure sensor devices. However, their formation occurs in a growth medium containing many impurities, including carbon, nitrogen, and hydrogen. It has been shown that the interstitial hydrogen in bond-centered sites (HBC), zinc vacancy – hydrogen (VZn-3H) complexes act as two shallow donors with very low formation energy. Additionally, nitrogen-related defects play a significant role on the physical properties of unintentionally-doped ZnO nanowires. In particular, we have showed by density-functional theory that the VZn-NO-H defect complex acts as a deep acceptor with relatively low formation energy and exhibits a prominent Raman line at 3078 cm‑1 along with a red-orange emission energy of around 1.82 eV in cathodoluminescence spectroscopy.

The nature and concentration of the nitrogen- and hydrogen-related defects are found to be tunable via different engineering strategies. The first strategy addressed consists of using thermal annealing under an oxygen atmosphere, where a rather complex, fine evolution including successive formation and dissociation processes is highlighted as a function of annealing temperature. ZnO nanowires annealed at the moderate temperature of 300 °C specifically exhibit one of the smallest free charge carrier density of around 5.6 x 1017 cm-3 along with a high mobility of about 60 cm2/V s following the analysis of longitudinal optical phonon – plasmon coupling. The second strategy addresses the influence of the initial pH of the CBD solution (pH0) in the modulation of the nitrogen- and hydrogen-related defects through the electrostatic interactions occurring along the NW nucleation and the influence of the oxygen chemical potential in the formation energy of point defects. Hence, by adjusting the growth in the low- and high-pH regions we strongly influence the main species in the bath, where in the high-pH region the stabilized Zn(NH3)42+ ions promote massive incorporation of N-related defects due to the strong electrostatic interactions between the positively charged Zn(NH3)42+ ions and the negatively charged polar c-planes. Additionally, increasing the pH0 brings the growth of the ZnO NWs to O-richer conditions (increased µO), which according to our DFT calculations promotes a decrease in the formation energy of VZn and VZn-nH defects, while the formation energy of HBC and VZn-NO-H remains invariant. Interestingly enough, the massive incorporation of VZn- and N-related defects also contributes besides other residual impurities to the disorder-activated Raman B1 silent modes, which appear after thermal annealing at 450 °C under O2 atmosphere due to the strong distortion and relaxation of the crystal structure. The final engineering strategy addresses the compensatory antimony doping via the addition of antimony glycolate (SbG2-) on the CBD of ZnO NWs spontaneously grown in the low- and high-pH region. The selected [SbG2-] / [Zn(NO3)2] ratios were 0.0, 0.2, and 1.0 % while the pH0 was set to ~6.6 and ~10.8 for the low- and high-pH regions, respectively. By combining thermodynamic calculations with chemical and structural analysis, it was shown that the incorporation of Sb atoms inside the ZnO NWs structure is possible through the stabilized SbG2- complex within the CBD solution, and the favorable electrostatic interaction with the positively charged planes of ZnO NWs. Particularly, the ZnO NWs grown in the low‑pH with 1.0 % [SbG2-] / [Zn(NO3)2] show a strongly dampened NBE emission with a prominent DAP emission line when treated with the two-step annealing. Evidencing the combined effect of annealing of hydrogen-related defects (i.e., HBC and VZn-3H), thermal activation of VZn-NO-H and the compensatory doping capacity of the Sb-doped ZnO NWs. Furthermore, the incorporation of Sb atoms within the ZnO NWs crystal structure was evidenced by XANES and XLD characterizations, where a major change in the Zn neighboring atoms was observed for the low-pH region. Interestingly, the Sb L1-edge shows strong differences between the different pH regions and annealing conditions, suggesting an interplay in the incorporation of Sb dopants in interstitial and substitutional sites.

Finally, two different strategies were evaluated to incorporate the hydrothermally grown ZnO structures into a flexible sensor. The first strategy showed engineered ZnO NWs heterogenously grown on top of a ZnO seed layer deposited on top of a flexible PDMS substrate. Using a combined scheme for engineering the ZnO nanowires with a 1.0 % Sb-doping ([SbG2-] / [Zn(NO3)2] ratio) and thermal annealing at 220 °C (oxygen atmosphere, 2 h), the reached a fourfold increase compared to the as grown unintentionally doped ZnO nanowires. Then, the second strategy showed a novel technique for growing ZnO microrods (MRs) grown on ZnO nanoparticles suspended in a CBD solution, which later were filtered, dried, thermally annealed and incorporated in a PDMS composite via film casting method. The of the 8 vol.% ZnO MRs/PDMS composite showed a sixfold increase when structured using a dielectrophoresis process, as compared to the random structure. The findings from this thesis reveal that the engineering of ZnO nanowires grown by CBD is capital on their precise optimization and incorporation in efficient flexible piezoelectric devices.