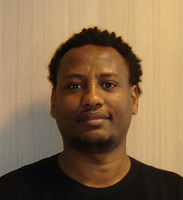 
Abstract
The doping of semiconductor materials is a fundamental part of modern technology. Transparent conducting oxides (TCOs) are a group of semiconductors, which holds the features of being transparent and electrically conductive. The high electrical conductivity is usually obtained by typical doping with heterovalent substitutional impurities like in Sn-doped In2O3 (ITO), fluorine-doped SnO2 (FTO) and Al-doped ZnO (AZO). However, these classical approaches have in many cases reached their limits both in regard to achievable charge carrier density, as well as mobility. Modulation doping, a mechanism that exploits the energy band alignment at an interface between two materials to induce free charge carriers in one of them, has been shown to avoid the mobility limitation. However, the carrier density limit cannot be lifted by this approach, as the alignment of doping limits by intrinsic defects. The goal of this work was to implement the novel doping strategy for TCO materials. The strategy relies on using of defective wide band gap materials to dope the surface of the TCO layers, which results Fermi level pinning at the dopant phase and Fermi level positions outside the doping limit in the TCOs. The approach is tested by using undoped In2O3, Sn-doped In2O3 and SnO2 as TCO host phase and Al2O3 and SiO2−x as wide band gap dopant phase.
The study was divided into two parts by the approaches followed experimentally. The first part deals with physical approach, in which sputtered TCOs are used as a host materials and covered with dopant layers. To test the versatility of the approach the second part deals with a chemical approach, in which SnO2 based nanocomposite films produced in spray pyrolysis deposition.
In the physical approach, ITO/ALD-Al2O3, In2O3/ALD-Al2O3 and In2O3/sputtered SiO2−x thin film systems were exploited. The study was conducted mostly by photo- electron spectroscopy and Hall effect measurements. ITO films prepared in different conditions showed an increase of conductivity after ALD-Al2O3 deposition at 200 °C. This was mostly due to an increase of carrier concentrations. However, Al2O3 deposition also resulted a chemical reduction of ITO. The diffusivity of compensating oxygen interstitial (Oi) defects at 200 ◦C is sufficiently screen the high Fermi level induced by Al2O3, which disable the use of defect modulation doping at this temperature. The results indicate that achieving higher carrier concentration in ITO thin films requires a control of the oxygen pressure in combination with low temperature ALD process. Undoped In2O3 films also showed an increase of conductivity upon deposition of upto 10-cycles of ALD-Al2O3. These increases indicate the occurrence of defect modulation doping. However, in order to improve the interface properties and firmly prove the modulation doping effect, more detailed studies required on the doped interfaces. The approach was further examined by depositing reactively sputtered SiO2−x dopant phase
Si target on the top of In2O3 films. The resulting conductivity of In2O3/sputtered SiO2−x do not show enhancement of electrical properties. This is due to the implantation of oxygen species during SiO2 deposition on the surface of In2O3, which counteract the defect modulation doping by reducing concentration of oxygen vacancies (VO) in In2O3. Therefore, further studies on the deposition conditions of the dopant phase is still vital to see enhanced electrical properties.
In the chemical approach two different routes were followed: embedding nanoparticles in TCO host matrix and formation of demixed composite films. In the first route, Al2O3 and TiO2 nanoparticles (NPs) were chosen as dopant phases and were deposited together with SnO2 TCO precursors. Different characterization of the produced films do not confirm the presence nanoparticles into tin oxide films. Therefore to realise modulation effect further optimization deposition conditions and sample preparation techniques are needed. For the second route, mixture of SnCl4 ·5(H2O) and Al(acac)3 precursor solutions in different composition are used to produce SnO2/Al2O3 demixed
composite films. Different physicochemical studies shows that under the deposition conditions followed during this study Al3+ preferably substitute Sn4+ than forming another Al2O3 separated phase. Al was acting as an acceptor doping on SnO2 films. Therefore, enhanced conductivity was not observed on the probed samples. For this
route further optimization of deposition condition is clearly required.
The results of this dissertation are relevant for the usage of TCOs in the emerging field of oxide thin film electronics in particular in field where the surface to bulk ratio is much higher than in conventional films, as the approach is near surface phenomena. However, further utilization of both the processing conditions and material selection are vital.