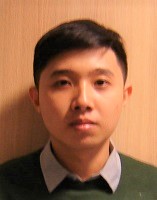 Resistive switching (RS) is the change in resistance of a Metal-Insulator (or Semiconductor)-Metal capacitor-like structure under an external electric field. Due to their simple structure, high operation speed and low power consumption, RS phenomena have attracted researchers’ attention for their application in Non-Volatile Memories (Redox-based Resistive Random Access Memories, or ReRAMs) and neuromorphic computing systems [1]. This work uses La2NiO4+δ (L2NO4), a mixed ionic electronic oxide, well known for its highly mobile oxygen interstitial ions, as a memristive (resistive switching) layer. L2NO4 is expected to show oxygen storage and oxygen transport capabilities thanks to the presence of oxygen interstitials as point defects in the structure, which could lead to interesting properties when used in interface-type valence change memories (VCM). It is widely accepted that in VCM redox reactions, activated by the application of an external voltage, lead to changes in the interface properties of the oxide/metal junction, governing the RS of such devices. Recent studies reported remarkable results on nickelate memristive devices grown as epitaxial thin films [2,3]. However, these epitaxial memristors still present shortcomings, such as the impossibility of building L2NO4-based devices in cross-bar array architectures and their lack of integration into Complementary Metal Oxide Semiconductor (CMOS) technology.

Thus, this study focused on the use of Pt/TiO2/SiO2/Si, a CMOS-compatible substrate, to build L2NO4-based heterostructures as memristive devices in vertical configuration. The L2NO4 films were grown using Pulsed Injection Metal-Organic Chemical Vapour Deposition (PI-MOCVD). The deposition conditions were carefully optimized to obtain highly dense, crystalline, continuous thin films on a stable Pt layer. Two types of electrodes were used to construct memristors: Ti and TiN. Ti/L2NO4/Pt devices require rapid thermal annealing (RTA) to trigger the RS, while TiN/L2NO4/Pt memristors are RTA-free. The growth of polycrystalline L2NO4 films on Pt and the microfabrication of the devices were characterized by combining structural, microstructural and chemical techniques. Migration of oxygen into the top electrode during its deposition was observed by Scanning Transmission Electron Microscopy (STEM) equipped with Energy Dispersive Spectrometer (EDX), resulting in an oxidized interlayer, which has proven to play a crucial role in the switching characteristics.

TiN was used as top electrode in combination with L2NO4 for the first time, showing an analogue-type counter-eightwise bipolar RS behaviour with multiple resistance states (using both continuous I-V sweeps and pulsed measurements). What is more, gradual changes in conductance by applying repetitive DC sweeps or pulses, which can be regarded as the evolution of the synaptic weight, were also obtained for these devices.

Moreover, the RS mechanism taking place on TiN/L2NO4/Pt was elucidated by X-ray absorption spectroscopy (XAS) measurements using synchrotron radiation under operando conditions, and changes in the Ni-K edge could be reproducibly measured as the device was cycled in both polarities. These results prove that a VCM mechanism takes place during the switching of these devices, and open the door to the real implementation of L2NO4-based memristors as artificial synapses for neuromorphic computing.