T. Ouisse is most particularly involved in research about MAX phases, MXenes and other nano-lamellar phases such as MAB phases. MAX phases are recently developed nano-lamellar compounds which combine the good properties of metals to that of ceramics. They offer the possibility of producing two-dimensional systems in a way somewhat similar to graphene, which are called MXenes. MAX phases are carbides or nitrides, and MAB phases are borides. Some of those phases are magnetic. All of them are metals with complex Fermi Surfaces. The specificity of the group activity is to synthesize single crystals of those compounds by high temperature solution growth, in order to study the electronic structure, the magnetism, the magneto-transport and other physical properties characterizing those nano-lamellar compounds. Single crystals allow one to measure directly physical anisotropies. This is achieved through collaborations with various partners (Drexel University, Nagoya University, Néel Institute, UCLouvain, Linköping University, Politecnico di Torino) and the use of large scale instruments (ESRF, Aichi synchrotron, SOLEIL, ILL). Single crystals also permit mechanical exfoliation of those phases, whereas MXenes were previously obtained by chemical exfoliation.

Thierry Ouisse is a university professor at Phelma (PHysics, ELectronics and MAterials), an engineering school belonging to the Grenoble Institute of Technology (Grenoble INP), at Université Grenoble-Alpes.
After an Engineer’s degree and a master degree obtained at Grenoble INP and Université Joseph Fourier, and a PhD related to Silicon-On-Insulator (SOI) devices at Thomson-TMS and LPCS (now called IMEP), he was a post-doctoral fellow of the French nuclear agency (CEA), where he was in charge of SOI MOSFET reliability (1991). He obtained a permanent researcher position at the French National Center for Research (CNRS) in 1992, where he founded and headed the Silicon Carbide (SiC) team at IMEP, whose main goal was the development of high power/high temperature SiC devices. In 2000 he also spent one sabbatical year at IMEL, NCSR (Athens, Greece), where he studied light emission from strongly confined Si structures.He moved to the "Spectro" laboratory (now called LIPHY, Grenoble University) in 2001, where he developed conjugated polymer devices for organic electronics in collaboration with Olivier Stéphan. He moved to Institut Néel (CNRS, Grenoble) in 2006. From 1994 to 2008, he was also involved in nano-device physics activities (SOI quantum wires with the NTT basic research Labs, Atsugi, quantum-coherent electron transport imaging with a home-built, low Temperature AFM at LIPHY and Néel Institute, High Magnetic Field electron transport at LNCMI, etc.). After having re-oriented his research toward materials science and solid state physics, he finally moved to LMGP, Grenoble, and presently works on the growth and on the study of the physical properties of single crystals of various carbides and borides.

He is the author of one book on the physics of nanostructures and mesoscopic devices, published by Wiley and ISTE-ltd in 2008 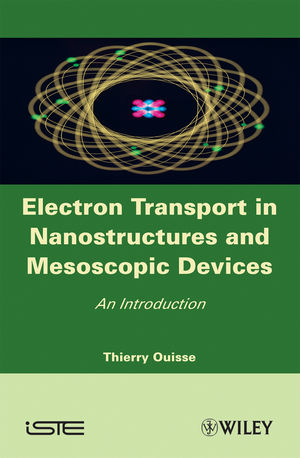 Electron Transport in Nanostructures and Mesoscopic Devices: An Introduction