Micropatterns of BMP-2 and fibronectin on soft materials: a tool for recreating the stem cell niche in vitro 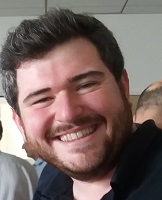 In vivo, stem cells reside within niches, highly specialized microenvironments which allow them to regulate their self-renewal and differentiation into mature and functional cells. These microenvironments are characterized by cell-cell interactions, the presence of growth factors and cytokines, and an extracellular matrix, all of which provide cues that control stem cell behavior.

Bone morphogenetic protein 2 (BMP-2) is an osteoinductive growth factor which is involved in all stages of osteoblastic differentiation, as well as the transdifferentiation of myoblasts toward an osteogenic lineage. In vivo, it exists both in solution and bound to the ECM. While these two modes of presentation are known to influence cell behavior distinctly, their role in the niche microenvironment and their functional relevance in the genesis of a biological response has sparsely been investigated at a cellular level. Here we used the natural affinity of BMP-2 for fibronectin (FN) to engineer cell-sized micropatterns of BMP-2 on soft biomaterials.

This technique allowed the simultaneous control of the spatial presentation of fibronectin-bound BMP-2 and cell spreading. These micropatterns induced a specific actin and adhesion organization around the nucleus, and triggered the phosphorylation and nuclear translocation of SMAD1/5/8 in C2C12 myoblasts and mesenchymal stem cells, an early indicator of their osteoblastic transdifferentiation. We found that cell spreading itself potentiated a BMP-2-dependent phosphorylation of SMAD1/5/8, and demonstrated that FN/BMP-2-mediated early SMAD signaling depended on LIM kinase 2 and ROCK, rather than myosin II activation.

We were also able to use this tool to investigate adhesion and spreading kinetics, changes in cytoskeletal organization depending on BMP-2 presentation mode, and reciprocal integrin-mediated signaling between the ECM and the cell. We were able to show preliminary results suggesting an effect of BMP-2 presentation mode on cellular forces, suggesting that growth factor presentation may be relevant to other cellular mechanisms like mechanotransduction.

Altogether, our results show that FN/BMP-2 micropatterns are a useful tool to study the mechanisms underlying BMP-2-mediated mechanotransduction. More broadly, our approach could be adapted to other combinations of ECM proteins and growth factors, opening an exciting avenue to recreate tissue-specific niches in vitro.