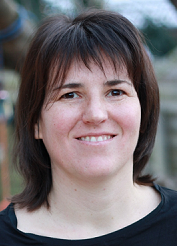 
Abstract
In this HDR defence I will summarise my research experience in a global way. I aim to give a flavour of the main topics I have worked in during this broad scientific journey, which has taken place in 7 different research laboratories in 4 different counties, with short visits to others.
The common keyword that encompasses most of my work is “nanoionics”, term which has been rapidly recognized as an emerging new scientific area, being widely accepted to cover nanoscale phenomena caused by the migration of ions in solids. Nanoscale phenomena are of major importance when dealing with the migration of ions in thin films, which are of the order of tens to hundreds of nanometers, with grain dimensions of tens of nanometers, and a large presence of defects, such as grain boundaries and dislocations. The surfaces and interfaces become the protagonists in nanoionic materials, films and heterostructures; and the electrochemical processes occurring can be dominated by them. With the scaling down of electrochemical devices and the appearance of new applications, such as Redox-based Resistive Random Access Memories (ReRAM) and neuromorphic computation, nanoionic thin films, mainly used in the past for fundamental studies, have now become key elements in the construction of nanoionic devices, such as micro solid oxide fuel cells and electrolysers, and memristive devices.
During my talk I will briefly present the main results of selected topics in which I have been a main driving force of the work, either as the experimentalist working in the lab or as the main supervisor, and mainly focused on the study of mixed ionic electronic conducting oxides of three families of materials: a) ABO3-δ perovskites; b) layered A2BO4+δ oxides; and c) A-site-ordered double perovskites. Yet, luckily this exciting scientific journey will not finish after my HDR defence. So to wrap up I will present the prospects of my work for the next years moving from fundamental studies to applications in functional (micro)devices.