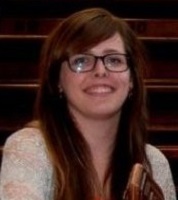 A large range of chromium based p-type TCOs have been reported in the last 5 years. Two corundum lattice structures— MgxCr2−xO3 [1,2] and NixCr2−xO3 [3]—have been shown to be p-type TCOs. Several other reports of high figure of merit (FOM) p-type TCOs also contain chromium in an octahedral coordination. Besides the prototypical MgxCr2−xO3 and NixCr2−xO3,these include LaCrO3:Sr [4] and spinel structures such as Cr2MnO4:Li [5]. However, all such chromium based TCOs have shown poor mobility, well below the Hall limit, while maintaining comparable conductivity with higher mobility p-type TCOs.

In this study, we present a spectroscopy method, Resonant Valence Band Photoemission Spectroscopy (RVBPES), as an experimental technique to probe the composition of the valence band. RVBPES measurements show that the valence band of the p-type transparent oxides—crystalline MgxCr2−xO3 and nanocrystalline CuxCrO2—show striking similarities to measurements on crystalline CuCrO2:Mg [6, 7]. All films studied show that chromium states compose the top of the valence band, suggesting that the valence-band structure is dominated by the presence of the (Cr-O)6 octahedra. A comparison of the valence band between the best performing p-type, crystalline CuCrO2:Mg, with crystalline MgxCr2−xO3 and nanocrystalline CuxCrO2 shows that the chromium 3d states are fixed irrespective of changes in long-range crystallographic order. This indicates little spatial overlap between adjacent Cr 3d states. This further confirms the conduction mechanism via hopping for chromium based p-type TCOs as the Cr 3d states are localised within the (Cr-O)6 octahedra. [7] At the same time this explains why films with poor crystalline order can still perform comparable to epitaxial material, as the long range order is less important for a strongly localised valence band state.

Organic solar cells show large improvements in efficiency when buffer layers are employed between the organic layers and the electrodes. Cr2O3 and MgxCr2−xO3 buffer layers were found to increase the open circuit voltage while also increasing the efficiency of the solar cell by a factor of 2-3 when compared to a cell over the absence of a buffer layer. The energy band alignment p- MgxCr2-xO3 atop n-ITO was studied by X-ray photoelectron spectroscopy to provide an insight into the origin of the improvement of the efficiency. To move towards transparent diodes we utilise two approaches: to create p-i-n junction with a high mobility intrinsic layer (MgxIn2-xO3) and creating p-n junctions with a lower carrier concentration on the n-type side.