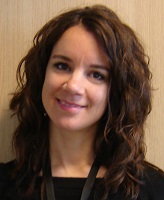 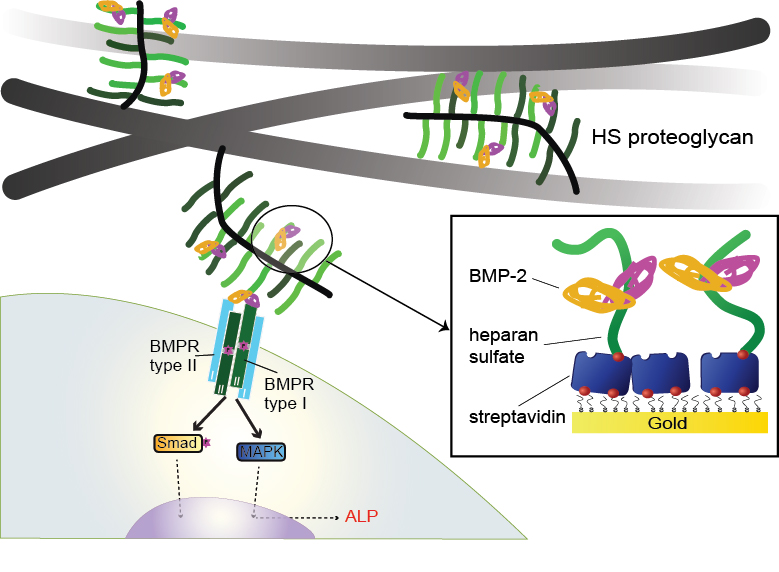 Embryo differentiation but also cancer and tissue homeostasis are supported by the extracellular matrix which has not only a structural but also a functional role, such as the presentation of bioactive molecules.

My goal is to mimic the natural presentation of these bioactive molecules, such as growth factors and chemokines, by presenting them on biomimetic platforms, together with other extracellular matrix (ECM) adhesion proteins or via ECM glycosaminoglycans (GAGs).

The control over the surface amount of each component is obtained by the implementation of surface sensitive techniques, such as QCM-D, spectroscopic ellipsometry and SPR.

Since 2015 I have been looking at the effect on cellular differentiation of bone morphogenetic protein 2 (BMP-2) immobilized alone on the biomimetic platforms or bound to heparan sulfate (HS) GAGs. I’ve already proved that the orientation of HS, as it is in vivo grafted to core proteins, forming proteoglycans, is fundamental to reveal some important functions of HS, such as an enhanced effect of BMP-2 biological activity. The mechanism of interaction between HS and BMP-2 is still unknown and it will be the focus of my future studies.

Since 2017, in line with the interests of IMBM group, I’ve been working on increasing the complexity of these biomimetic platforms by adding adhesion ligands, necessary for long cell culture and for future regenerative medicine applications.

No position are available at the moment 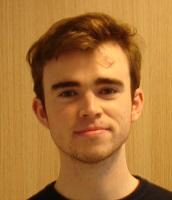 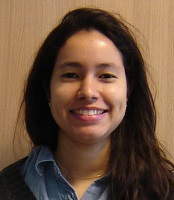 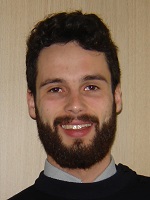